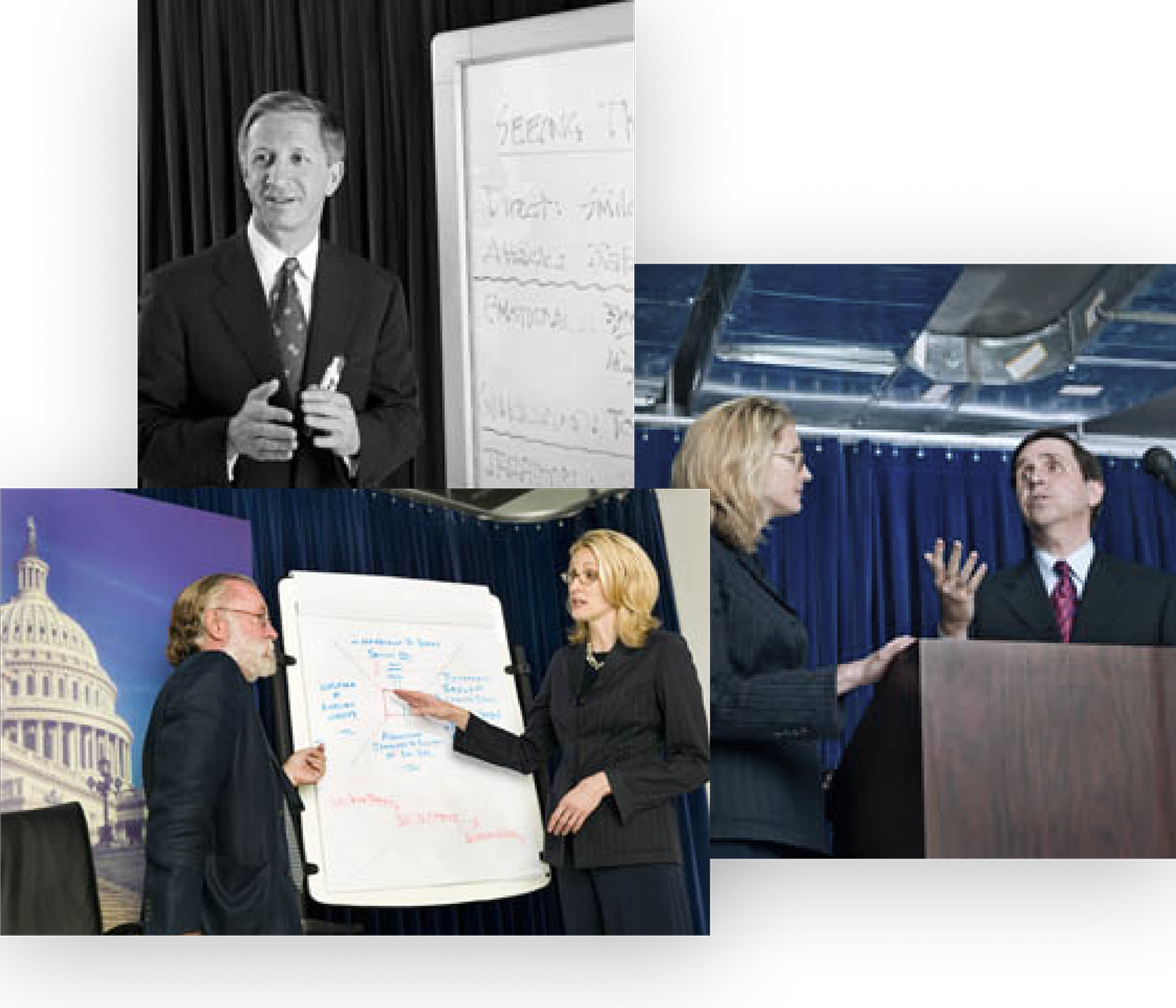 “In more than two decades of work, Sheehan has become one of the world’s top communications specialists, the go-to guy for anyone trying to make a point in public.”

– Fast Company
“The Man Behind the Curtain” 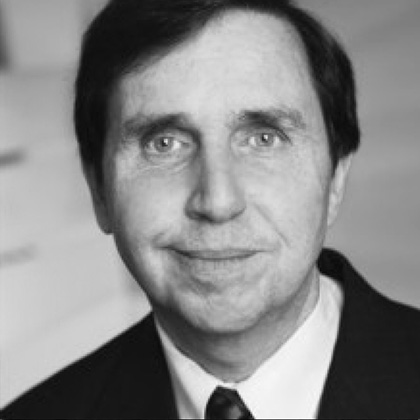 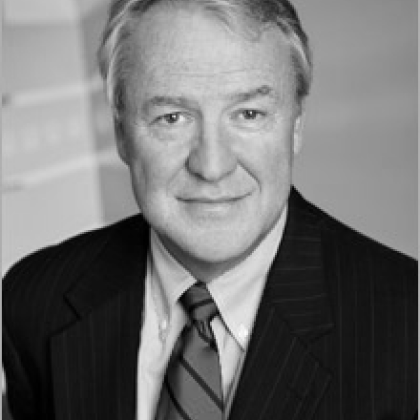 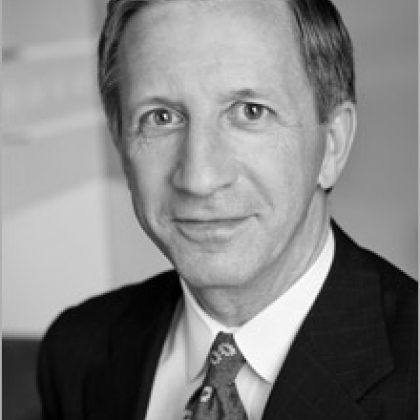 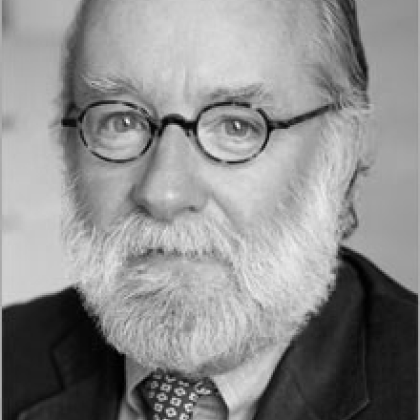 Michael Sheehan has been training corporate CEOs, policy makers and political leaders for more than thirty years. One of America’s leading communications trainers and strategists, his expertise embraces every format and every forum whether media interview, major speech or high-stakes Q&A. His ability to help people communicate at the highest possible level was dubbed by New York Magazine as “the Sheehan effect.”

He prepares CEOs, CFOs and senior executives to step into and withstand the media/public affairs spotlight. Nationally known for his skill in message development and spokesperson training, he has been called upon to help in critical business situations such as IPOs, shareholder meetings, media interviews, government/regulatory hearings, hostile takeovers and much more.

Michael has coached more Presidents, Vice Presidents, First Ladies, Cabinet Secretaries, Governors, Mayors and Members of Congress than anyone else in the country. Since 1988, he has been called upon to coach every Presidential and Vice-Presidential debate series as well as the principal speakers at the Democratic National Conventions. For the Obama and Clinton administrations alike, he has coached Inaugural Addresses, States of the Union, prime time addresses, and press conferences.

Even media channels retain Michael’s services. Four different national publications have retained him to prepare their journalists for television interviews and commentary. He’s been brought in to help coach best-selling authors, Hollywood stars, professional athletes and others for the widest possible range of interviews and speeches.

Kelly Burke is a communications specialist with more than 45 years of experience in several media: Television, Radio, Journalism, Speech and Theater.

Since 1988, he has served as a popular media and speech coach as well as video producer and broadcast talent for business, government and non-profit sectors. On his own and contracting with other communications companies, Kelly conducts training in managing media interactions including strategy and spokesperson performance, crisis communications, message development and testimony preparation. Kelly also conducts presentation skills training including guidance on structure and delivery. A good deal of Kelly’s work has involved coaching executives in business and government in executing communication skills.

Kelly has conducted trainings for Fellows at the National Institutes of Health and within business leadership development programs at Lockheed Martin and Lowes, Inc. He has also provided message development support in the political arena for various individuals and organizations.

For 20 years, Kelly worked as a major market TV News Reporter at WEWS TV, Scripps Howard Broadcasting in Cleveland, WXYZ TV, ABC, in Detroit, and WRC TV, NBC, in Washington, DC. He won numerous awards for his reporting including twelve Emmys. In 1997, Kelly served as Special Consultant to ATV, the Aruba Broadcasting Company, on the island of Aruba in the Dutch Antilles. He helped establish a TV newsroom training all newsroom personnel and served as Station Manager. He also anchored and produced morning newscasts and specials for the Caribbean TV station.

For nine years, Kelly worked as an Adjunct Professor in the Graduate Program for Broadcast Journalism at Northwestern University’s Medill School of Journalism. Kelly developed and taught seminars for student reporters in Medill’s Washington, DC program. He designed a one of a kind weekly seminar, coordinated with CNN, which trained the students in the discipline of live reporting.

On behalf of Sheehan Associates he has worked with a broad range of clients including: Affymetrix, Aetna, AOL, Bank of America, Barclays, Bechtel, CalPERS, CNN, Disney, JPMorgan Chase & Co., NASCAR, and Siemens. Over the past several years his work has taken him to Canada, Dubai, Germany, Hong Kong, Korea, Switzerland, and the United Kingdom.

As a spokesperson for several ballot issue campaigns and corporations dealing with contentious issues, Steve brings to his coaching the first-hand experience of personally appearing on hundreds of television and radio programs. His appearances include Nightline, Fox Network News, NBC Nightly News, ABC World News Tonight and MSNBC with Brian Williams.

He is a guest lecturer at MIT’s annual Reactor Technology Course for Utility Executives and is a frequent speaker at corporate retreats and conventions.

A native of Boston, Massachusetts, Steve holds a BS degree from Virginia Military Institute and MS degrees from Tufts University and the Massachusetts Institute of Technology.

Dan Buck has worked with hundreds of speakers — from governors, U.S. Senators and Representatives to presidential nominees. He has assisted Michael Sheehan in preparing prime-time speakers at the Democratic national conventions since 1988.

Dan’s wit and political acumen are well respected in Washington, D.C. and he is frequently called upon to supply remarks for speakers at roasts, dinners, congressional hearings, and debates in the Nation’s Capitol.

Prior to serving two decades as Chief of Staff to Rep. Patricia Schroeder (D-Colorado), Dan served in the Peace Corps in Peru and was a Peace Corps staff member in Washington in the late 1960s.

He consults regularly on projects in South America including presidential campaigns, a handicrafts development enterprise, and an antique photography archive. He has lectured on South American and Western U.S. topics at venues such as MountainFilm at Telluride and the Smithsonian Institution. Dan writes op-eds for major U.S. dailies.

Dan has appeared in and served as an advisor for several documentaries broadcast by PBS, the History Channel, Discovery, and other networks. Born in St. Paul, Minnesota, Dan has a B.A. in Political Science from the College of St. Thomas, and a J.D. from the University of Denver Law School.